Democrats are the Opposite of the Tea Party 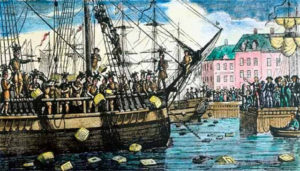 During election season, a former conservative congressman occasionally sends mailings to my house addressed to“Ralph”. There is no one at my home by that name. A couple of days ago, I received a phone call from a woman looking for Ralph. She sounded like a person from the local Tea Party who regularly calls to invite me to their meetings. Thinking Ralph was added to her call list in error and she really meant to call me, I asked her if she was from the local Tea Party. The woman didn’t identify who she was calling for but she did say “No, I’m afraid we’re the opposite of the tea party”. Then she said she hopes I get better and hung up. I’m not sure what she meant by that; I never said anything about being sick.

A few days later I got another call on my mobile phone from someone asking for “Ralph”. I responded someone already called me and I told them I’m not Ralph. She then proceeded to inform me she represented the Democratic party and asked me if I wanted to support Hillary Clinton and Colorado’s Democratic Senator, Michael Bennett.

I’m not sure who their “Ralph” is, but I’m pretty sure it’s not the Ralph on the Congressman’s mailing list.

Then I got to thinking…. “Opposite of Tea party”. So I went to the Tea Party’s local website to get an exact statement about what they stood for. Here it is:

We support for the following principles:

These principles include the following elements:

Sounds pretty good to me.

So if the Democrats are the opposite of the Tea Party, by their own admission this is what Clinton, Bennett, and the Democrats stand for:

These principles include the following elements: