Religious Freedom for Muslims, not Christians 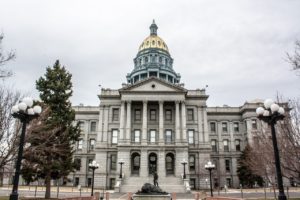 . Case in point. The state ruled a Christian baker who refused to bake cakes promoting homosexuality is unlawful discrimination against homosexuals, then soon after ruled an atheist baker may discriminate against Christians by refusing cakes with bible verses. In an unrelated incident, the state labor board ruled a meat packing plant cannot require its Islamic employees to work when they would rather pray. The company wouldn’t shut down its production lines five times a day so their 150 Islamic employees can pray. So the Muslim employees walked off the job. The company fired them. When the employees filed for unemployment insurance the company asserted they weren’t eligible because they were fired for cause. The state allowed the unemployment claims ruling a company cannot fire Muslim employees for refusing to work.

The employees were mostly Somali refugees. You would think they came to the United States to flee the tyranny of Islam. I wonder. Did they come here to bring their tyranny with them or were they coerced by an Islamic agitator?

The company deserved what it got. Americans won’t work for their low wages, so they brought in cheap foreign labor. And now they will have to deal with the litigation expenses and the increased unemployment insurance costs the company will have to pay. The company will likely also need to pay off the employees for “unjustly” firing them. The employees are in a small town. No one is going to hire people who don’t want to work. When their unemployment runs out the Somalis will probably go on welfare, be poor, and permanently under the influence of the agitators in the “Islamic community”.